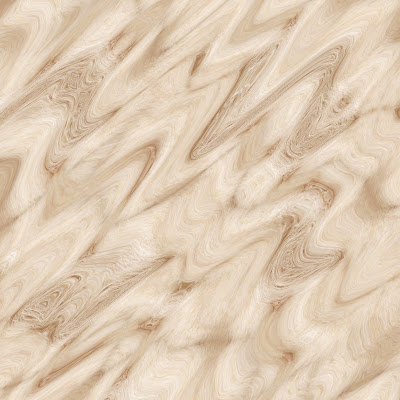 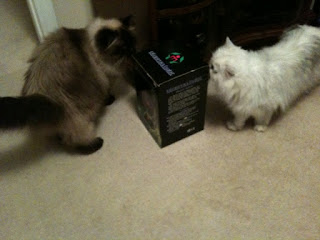 Wondering if this Bag will be a Good Hiding Place 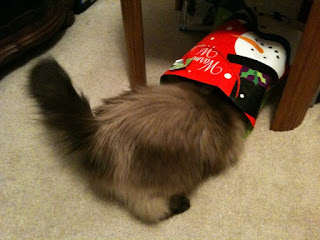 The Calm after the Holiday 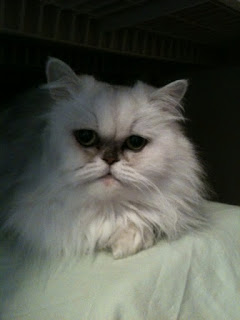 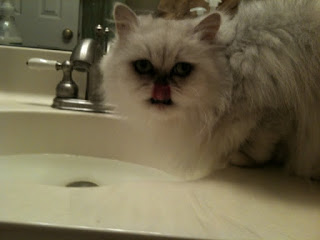 We wish you a very Merry Christmas and a yummy New Year!
Posted by Myst (Muddy's Brother) at 7:51 PM 3 comments:

A Little Sunlight on the Head is Nice 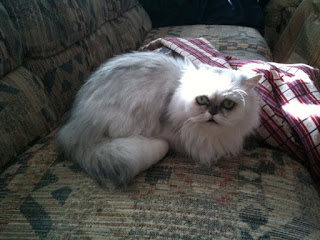 New Scratch Pad! And I Got Here First. Nyah! Nyah! 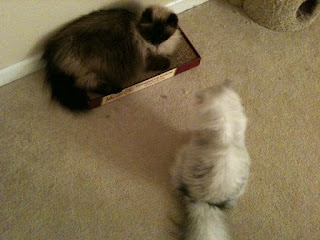 Sleeping on the Keyboard in Style 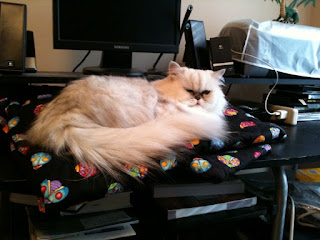 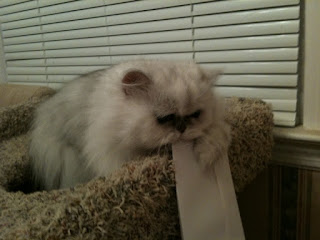 Who needs a shredder when you have us?
Posted by Myst (Muddy's Brother) at 3:09 AM 6 comments: 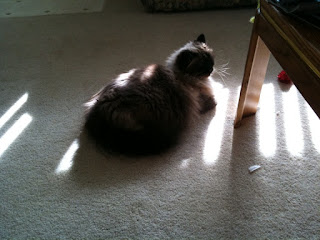 Myst Rests on the Sheet-Covered Printer 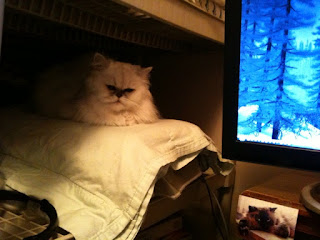 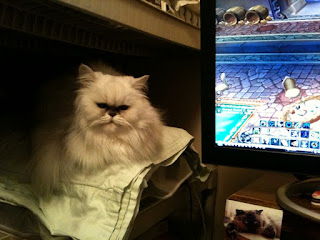 Terry's graphics card died, she said. She had to get a new card but when she got her computer home from the shop, she found the new card did poorly with her old CRT monitor (aka Myst's bed).

She was not happy but she decided it was time for a new flat panel monitor. Alas, this ruined Myst's warm winter bed.

Myst cried and cried at her. She was very sad. She set the old monitor out but he did not want a bed that could not stay heated. She and Richard tried hooking the old monitor up to the old computer but it was so very huge, it could not fit on the desk and the desk could not be moved because of so little space in the room.

She tried hooking the monitor up to a floor outlet but its some kind of energy-saving thing that would not stay on.

At this point, both Terry and Myst were sad. Myst does not much like new things like heated beds and such but Terry says she will try it.

Meanwhile, Myst is considering sleeping on a blanket on the printer. Its not heated but it stays out of drafts and near her so she can pet and play with Myst.

I hope things work out for everyone. 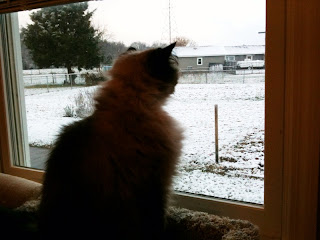 Why is this door blocked off? 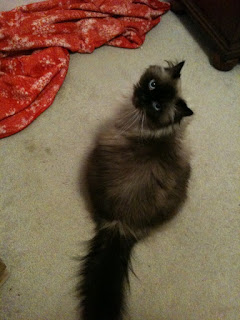 Not only did she shut the door, but she set stuff down in front to prevent me from trying to dig it open. This is frustrating! I don't understand what she means by Richard is sleeping on the other side. I want all doors open and all humans awake when I am awake!
Posted by Myst (Muddy's Brother) at 4:28 AM No comments:

Sitting on the Computer Case 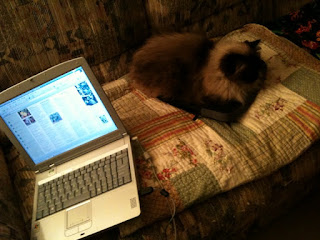 The absolute BEST places to sit are on anything new or unusual.
Posted by Myst (Muddy's Brother) at 6:36 PM 2 comments: