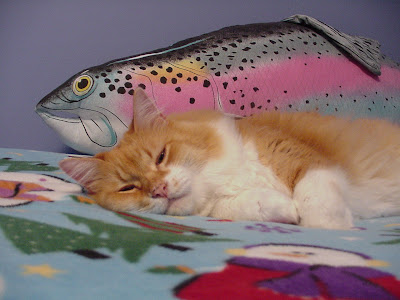 oh no close encounters of the kitty kind poor things sorry they don't get along at least you like myst muddy! xoxo